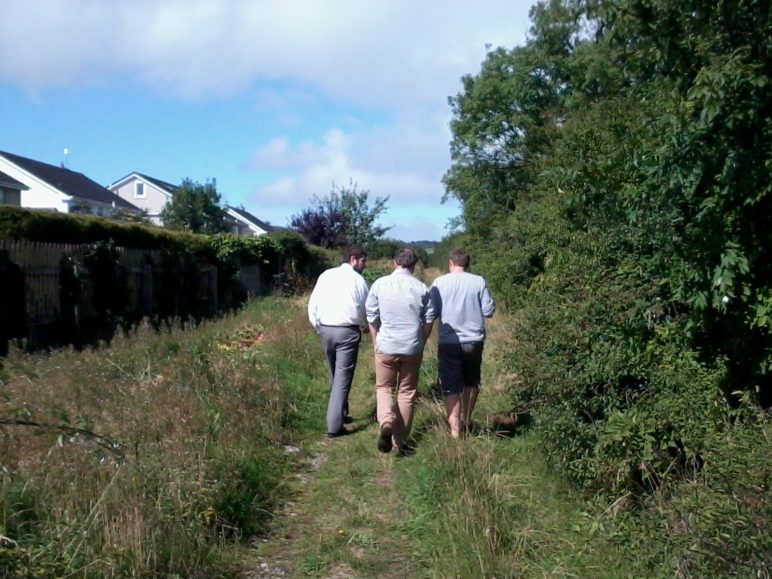 After some rumours last week we just received this statement from Minister Brendan Griffin, great news for the Great Southern Trail and Tralee-Fenit Greenway.

And good to hear that the funding previously committed to the South Kerry Greenway has been reserved.

Statement by Brendan Griffin TD, Minister of State for Tourism and Sport

MINISTER of State for Tourism & Sport, Brendan Griffin, is today (Thursday) assuring people that he is totally confident of a positive announcement of substantial funding for the Tralee-Fenit and Listowel-Kilmorna Greenways in the coming weeks.

Minister Griffin says that a competitive application process for greenway funding has just concluded within the Department of Transport, Tourism and Sport and that both North Kerry Greenways have fared well.
He said that he is fully confident that the projects will receive the funding they need from his Department to proceed to full construction and looks forward to making the official announcement in the coming weeks.

“This is really great news for the county. The tranche of funding about to be announced is being allocated for shovel ready Greenways and we have two such projects in the county.
“I worked hard to secure a national greenway fund in Budget 2018 with Minister Shane Ross and the existence of this fund now means that both Greenways will go ahead.
“I am glad to be bringing even more funding to Kerry and these projects have the potential to be major game changers for the greater Tralee and Listowel areas.
“I look forward to working closely with Kerry County Council to ensue that the process of constructing the Greenways begins as soon as possible and I look forward to cycling on both beautiful routes before long.
“Finally, it’s important to state that a pot of funding has been reserved for projects currently going through the planning process, such as the South Kerry Greenway. I will continue to monitor developments on that project and our Department will do everything we can to assist at the appropriate time in the future.”

To ask the Minister for Transport, Tourism and Sport if he will allocate funding to Kerry County Council to allow it to proceed with the Tralee to Fenit greenway now that all land ownership issues have been resolved; and if he will make a statement on the matter.

As part of his reply Minister for Transport, Tourism and Sport Shane Ross stated that:

…it is not intended to issue a further funding call in the immediate future.

A week later Minister Ross was in Athlone to open an extension to the Dublin Galway Greenway where he indicated that new Greenway funding would be announced this year.

I expect to be announcing a new competitive round of funding later this year.

We are not too sure if things change that much in a week but it seems that a new funding round for Greenways may come on stream later this year, this can only be good news for the Tralee to Fenit Greenway and similar projects around the country.

John Brassil has indicated that he has sought clarification from Minister Ross.

Minister Ross has responded to the additional PQ raised by John Brassil in order to clarify the funding timeline.

Unfortunately it seems that additional Greenway funding may not be available in the near term. This has implications not only for the Tralee-Fenit Greenway project but also for the South Kerry Greenway and the Kerry section of the Great Southern Trail.

That said it is good to hear that the department is committed to funding these project over the remaining years of the current capital plan.

There will be no new funding calls for greenways until the review of the Capital Plan is complete and there is clarity on the funding that will be available for greenways for the remaining years of the capital plan.

Kerry County Council have publish a newsletter on the South Kerry Greenway.

The purpose of this newsletter is to update the public and in particular the people of Reenard, Cahersiveen, Kells, Glenbeigh and the surrounding areas of the progress to date on the proposed 32km greenway from Reenard to Glenbeigh. The newsletter outlines the plans for 2016 and summarises the procedures involved in delivering the project.