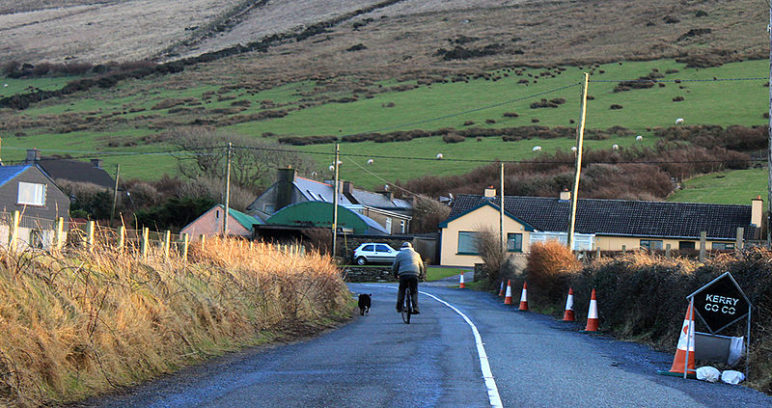 Kerry Cycling Campaign have called for motorists to slow down and take more care following a horrific month of road deaths and injuries. With so many people out walking and cycling within 2 kilometers of their homes motorists are asked to slow down and be careful. The dramatic reduction in traffic volumes has resulted in some drivers increasing their speed – particularly in urban areas.

Anluan Dunne speaking of the Kerry Cycling Campaign said “Quite simply drivers need to slow down. We are calling on the Gardaí to step up enforcement across the county – especially in urban areas. More people are out walking and cycling and due to physical distancing they may have to step onto the road to avoid each other”

The Road Safety Authority and Gardaí are aware of the issue. Nationally the picture is grim with road deaths up 24% on last year.

Anluan continued “with no other cars to slow drivers down, and with the way our roads are designed, people feel like they have the space to speed up and take more risks. This behaviour is literally killing people. All the preparation and actions to help to flatten the Covid-19 curve is of little use if people don’t take care of each other out on the roads. Speeding drivers are putting people walking and cycling at risk of being patients in our emergency departments. ”

The call has been echoed by Professor John Crown of St Vincent’s Hospital Dublin who has called for speed limits to be lowered during the COVID-19 emergency. Nationally, the Love30 campaign is asking for 50 kmh limits to be reduced to 30 kmh in urban areas.