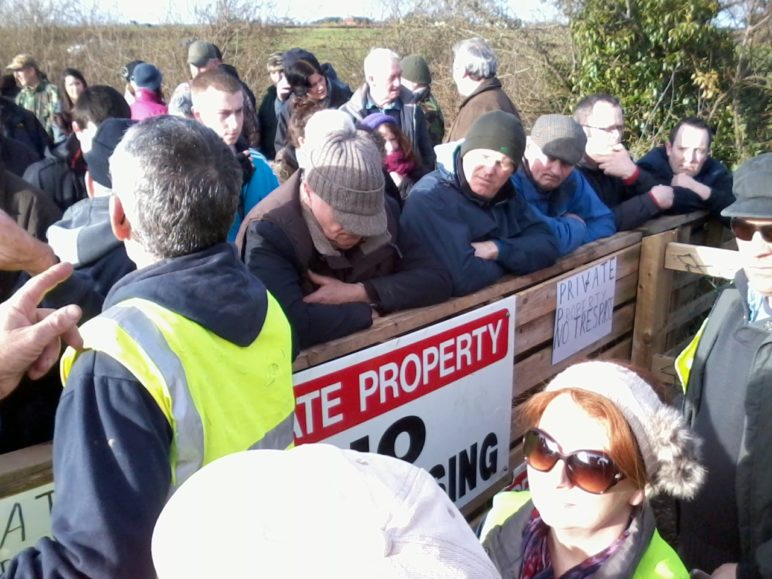 There was sense of disbelief among followers and advocates of the three decade long Great Southern Trail saga while listening to Tuesday’s edition of the Kerry Today programme which featured former Councilor Din Stack (center above) extolling the benefits of the proposed greenway.

Mr. Stack a former Listowel Town Councilor was the sole member who opposed a proposal for the council to back the greenway project and was also a key member of the North Kerry Abandoned Railway Line Action Group (NKARLAG) who not only objected to the development of the greenway but also claimed ownership of the former railway land, a demand that was dropped in 2013 when CIE stated that they would fight any ownership claim.

As mentioned in the interview the change of heart came after a of a number of former objectors to the project paid a visit to the much lauded Waterford Greenway,

Radio Kerry also reported that Kerry County Council hope to have planning for the Listowel to the county bounds section of the Great Southern Trial in place by September.